Campaigns promoting the high growth rates in the Kingdom of Saudi Arabia have been proven wrong by investment specialists citing successive loans that MBS sought from countries and internal and external institutions, even though Saudi Arabia is called the Kingdom of Oil, and it is the richest in the world.

The latest loan that the Investment Fund intends to collect is a $ 10 billion loan, through a revolving loan, to raise additional liquidity, to finance its planned projects, which MBS launched during the announcement of Vision 2030.

The Public Investment Fund of the Kingdom of Saudi Arabia is a fund directly under the administration of the Saudi Crown Prince, with a financial portfolio of $400 billion.

Reuters news agency said that the Saudi government said that the fund that belongs to the Crown Prince has resorted to the new loan, in order to finance the general purposes and projects in accordance with Vision 2030.

The Public Investment Fund has been holding several talks during the past year with a group of banks to finance it with a revolving loan.

This loan, which the investment fund accepted on the orders of the Saudi Crown Prince, is the third loan since 2018, with a loan each year.

Informed sources said that the banks that will lend to the Saudi Fund will renew it four times, bringing the total of what the Fund borrows to more than $30 billion, after obtaining two loans, each with a value of $11 billion and $10 billion.

It is also worth noting that the idea of a revolving loan is an idea acceptable to the Fund because the loan is a loan that can be withdrawn, repaid, and then re-withdrawn again in the period that is agreed upon between the Fund and the lending bank.

In recent statements, the Saudi Crown Prince, Mohammed bin Salman, said that he seeks to have the assets of the Saudi Investment Fund reach 7.5 trillion Saudi riyals, by 2030.

MBS claimed the completion of the first phase of NEOM in 2020, and he claimed more than 100 job opportunities in 2021 which did not happened. He also claimed that the Decisive Storm will not last more than a year, while it exceeded five years, which caused huge losses. 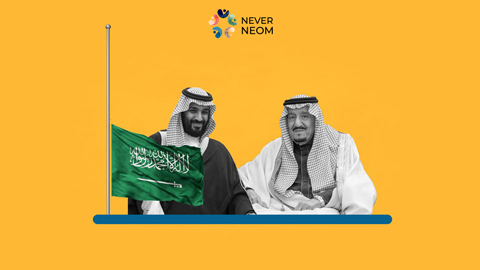